Megijima Island is a small island visible from the Sunport harbour area of Takamatsu. It is just 4km away, has an area of 2.66km and a population of about 200 people. The island is also known as ‘Monster’s Island’ or ‘Devil’s Island’! 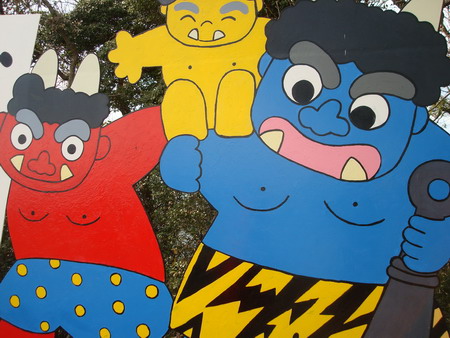 There is a legend that the mythical character Momotaro made an appearance on the island many years ago. This conveniently has allowed the people of Megijima to create a monster themed tourist attraction in its caves!

To get there you’ll need to take the ferry from Takamatsu harbour. The ferry is every hour or two from 8am until 19:15pm and takes just 20 minutes to get there. 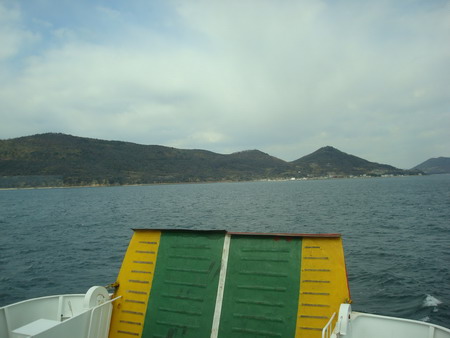 Once on Megijima it became clear that we hadn’t done our research because we didn’t have a clue where to go, and there were no signs in English. But somehow we ended up paying money to a man, and got into his people carrier car with another Japanese family. He was going to take us up to the caves and back.

We drove up the hill, and when we reached the caves had to buy entry tickets from a ticket machine there. The man then took us all into the caves. 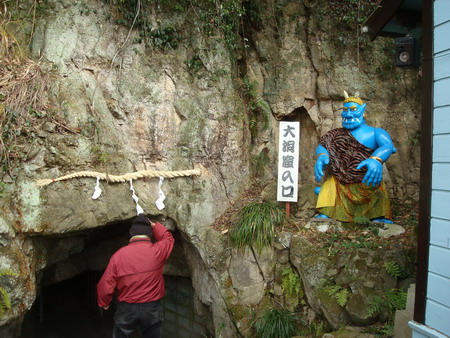 He proceeded to give us a tour of the caves – all in Japanese. The Japanese family were able to understand it, but we weren’t. I’m sure he was explaining about the legend and the monsters. Inside the cave are many plastic model monsters in various poses. 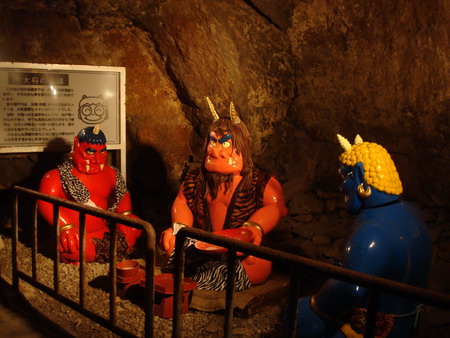 Some of them I recognised from elsewhere around Kagawa.

In total I think we spent about 15-20 minutes in the caves taking photos of the monsters. 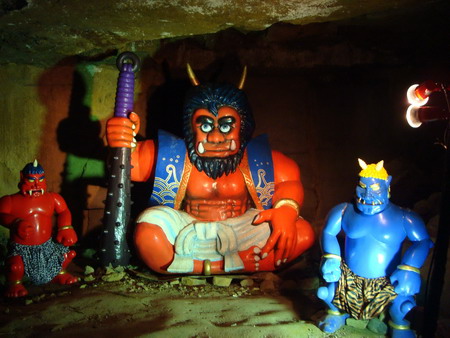 Once out he took us on a short walk up to Washigamine Summit which has a 360 degree viewing platform. From there you can see the Seto Inland Sea, Takamatsu, and many of the other Seto Sea islands.

He then drove us back down the hill, and we stopped off at the coast, where we could get another view of the Seto Inland sea.

We could also see the next boat which we were hoping to get! Just in time we all got back inside the car and he drove us back to the port. If it had been a warmer day we could have spent a few hours walking around the island (the coastline is only 8.9km). But it was cold, so we got onto this ferry and headed back to Takamatsu. From Megijima there are ferries going to both Takamatsu and Ogijima so make sure you get the right one.