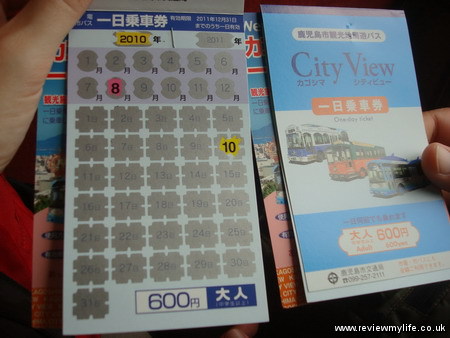 First we took a ride in the ferris wheel on the top of the Amu Plaza shopping centre next to the station. From the wheel you can get a good view of the city, and the Sakurajima Volcano which is across the water. The volcano is still active and regularly sends smoke into the air.

Next we got the City View bus to the Sengan-en garden which contains plants, water features, and various artifacts, such as this cannon, and model ship. The garden was built during the Edo period in 1658 and was a second home for the Shimazu family, who ruled the Satsuma domain.

You get some great views of the volcano from the gardens, but for a slightly different view you can go to the Shiroyama Observation Point. Again this is one of the stops on the City View bus. 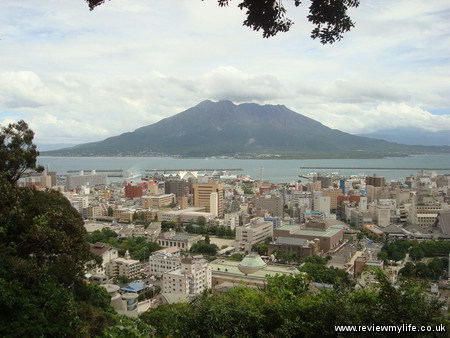 The volcano’s presence is everywhere, from the views you get of it through much of the city, to the black ash which is all over the pavements. 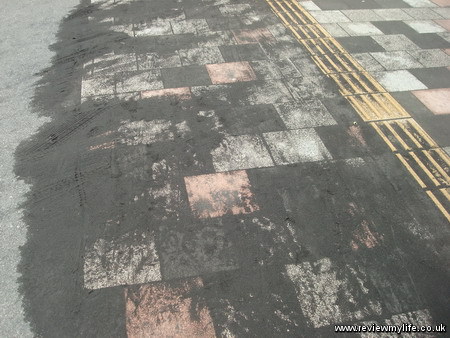 There are plenty of shops and cafés in the city’s large covered shopping area. 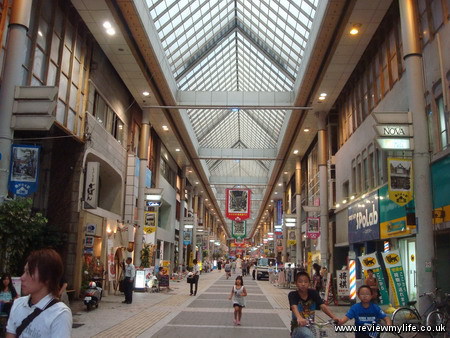 Here is a view of part of the city at night with the usual Japanese bright lights.

And finally this is the Amu Plaza at night with the ferris wheel. There are some good restaurants (including Indian and Italian if you don’t like Japanese food!) on the top floor of the Amu Plaza. There is also a cinema, clothing shops, and a food court. 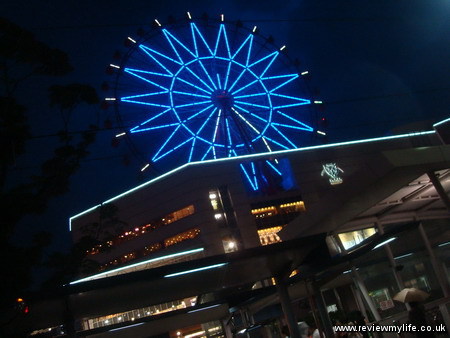 For more on the volcano read my post on visiting Sakurajima Volcano.