On New Year’s Eve most of the major cities around the work have large free organised fireworks displays in the city centre. Unfortunately Tokyo doesn’t – at least not in the main city. There are several paid displays if you are prepared to travel a bit outside the centre, but if you made the journey to Yokosuka (横須賀市) in Kanagawa prefecture on 31st December 2010 you could see the fireworks for free. 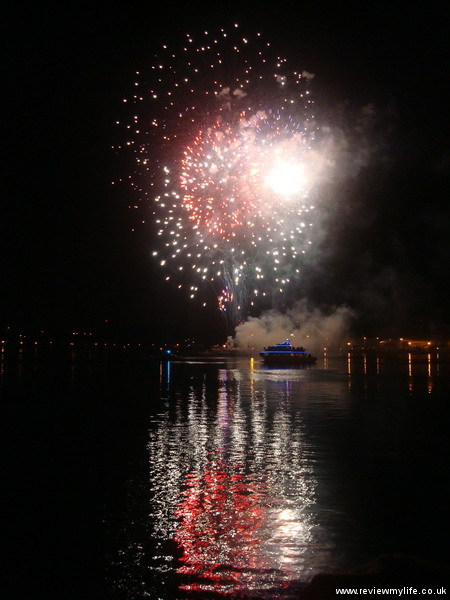 From Tokyo JR station it took over an hour to get to Yokosukachou station (needing two trains), from where it was just a five minute walk to the fireworks area. As we were there early we went for a walk around the park where there were many stalls serving hot food and drinks.

There were lots of Japanese food stalls, and even a stall claiming to serve ‘American Food’.

The fireworks were being launched from the Tokyo Bay near to some navy ships that had been decorated with lights.

The fireworks display then started. Despite using an old, cheap digital camera that I was holding in my hand I still managed to get some good shots of the fireworks reflected off the water. 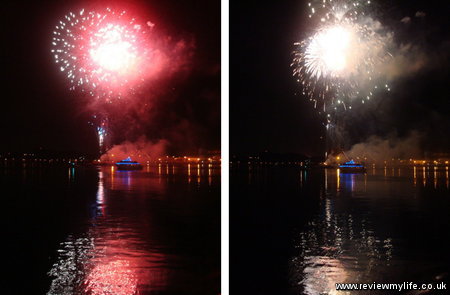 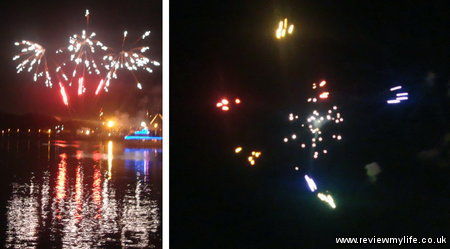 The display lasted a bit over five minutes and the mostly Japanese crowd watched very politely. Unlike in many other countries where people drink to excess on New Year’s Eve, in Japan people either don’t drink, or they just have a very small amount. There was no sign of any rowdy behaviour during the whole evening. 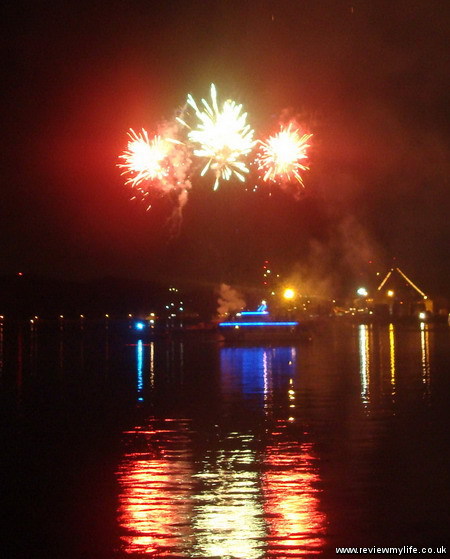 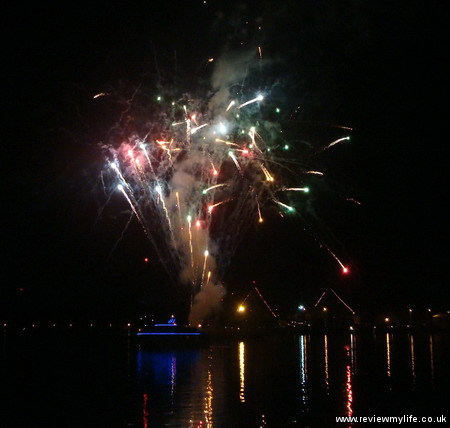 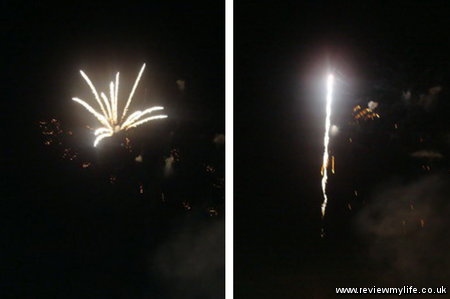 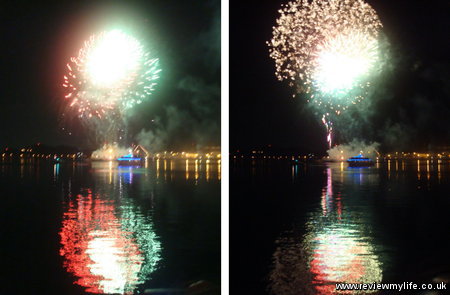