My flat is full of Ikea furniture. And until now I’ve assembled it all myself. I’ve either had it delivered by Ikea themselves, or used one of the taxi vans outside the store to get it back.

For my new Ikea PAX wardrobe I decided to get it assembled for me. The main reason is because of its size and weight. The wardrobe is 236cm high and 200cm wide, made up of two 100cm wide parts. 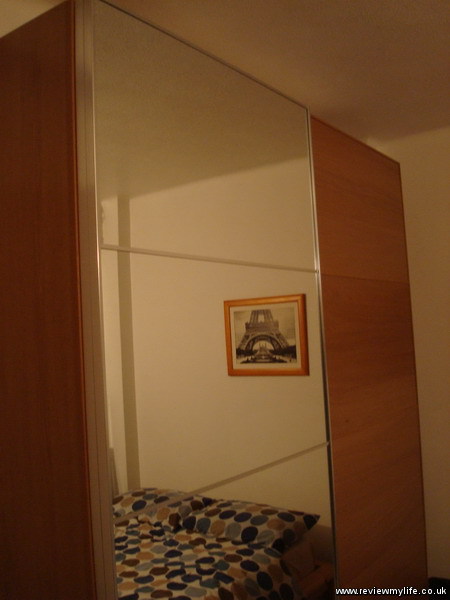 Because of the size and weight, this wardrobe needs two people to assemble it. As I didn’t want to risk my life by assembling it myself I started researching Ikea assembly services. There are lots of flat pack assembly companies around the London area.

I decided to try eXpress Wardrobe whose slogan is “No More DIY Torture”. I sent them my Ikea list giving them the names, article numbers and prices of everything I wanted.

Two days later they sent me an Ikea shopping list via the Ikea website and also their quote. The Ikea parts cost £603, and then they quoted £85 for pickup and delivery, £20 extra because I’m on a higher floor (the large items won’t fit in the lift) and £97 for assembly.

I agreed to their quote and gave them three suggested days for that week. A day later they confirmed that they could make one of the days and so I paid my 35% deposit. The 35% is calculated on the cost of the Ikea items, not the pickup/delivery/install charge.

Before the delivery day I cleared the room so they would have as much space to assemble as practicle. Here is the big empty space waiting for my wardrobe. 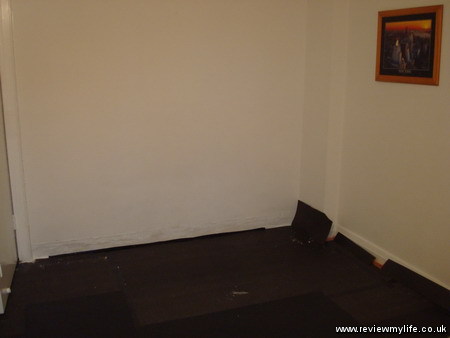 At 11:30am their van arrived and they started unloading the parts from their van. By 11:45am they’d started bringing the things through my door (it is a bit of a trek up the stairs to the flat). 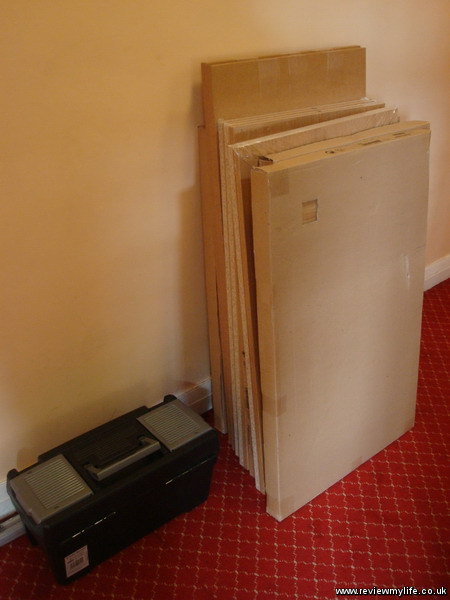 Before they started assembling I asked them to let me know when the frames were vertical so I could get them positioned in the correct place, and they later checked which positions I’d like the drawers to be placed at.

There were two of them and they very quickly had the PAX wardrobe frames in place and positioned according to where I wanted them. They then spent their time assembling the sliding doors which are clearly the more complicated part of the wardrobe.

They both worked hard to get it finished and were polite when they needed to speak to me. They must have done plenty of these PAX wardrobes before as they didn’t need to reference the manual.

By 1:20pm they had both doors on and were assembling the 4 drawers. And by 1:45 they had left leaving me with my giant new Ikea PAX wardrobe.

Above is the outside and below is half of the inside. I didn’t know at exactly what height I wanted the clothes rail or final two shelves to be placed so I wanted to put them in later rather than having them fitted. 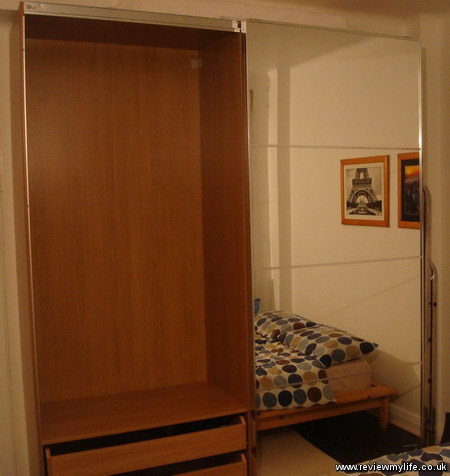 Finishing off the wardrobe

The amounts I paid were:

They had done a good job with assembling the wardrobe. It looked the way I wanted, was where I wanted, and had required very minimal effort on my part. I’d certainly use them again if I ever buy another piece of flat pack furniture which is too large for me to assemble myself.

The only work I was left with was squashing and putting all the cardboard boxes in the recycling (they don’t take away your packaging).

You can find out more about eXpress Wardrobe’s service on their website at http://www.expresswardrobe.co.uk. They also have some great speeded-up assembly videos on their YouTube channel if you want to see them at work.