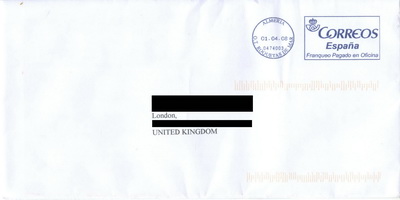 It is hard to understand how people can be fooled by these letters, but they clearly get a large enough response otherwise they wouldn’t be sending them.

Here are some clues that this is not genuine…

The scammers have however taken a bit of effort to make it seem more authentic.

You can find more information on these pages: