I’ve been having problems with my knees for many years. I get pain when I am in a seated position. I do a desk job which means I am in pain for much of the day. Sitting in a cinema, restaurant or car will cause me pain as well. I don’t have pain when I’m standing, walking, lying down or exercising. The pain is mostly in my right knee – coming from the area under the knee cap – but there is also some pain in my left knee.

I first had physio on the NHS about 7 years ago and have since had multiple courses of private physiotherapy as well. If you have read my nhs vs private physio post you’ll know what the differences are with between NHS and private treatment. In total I’ve seen four different physiotherapists.

What is important for your physio to do is to properly diagnose why you have pain in your knee. There is a very good guide to patellofemoral pain on the KNEEguru website which also contains detailed information on all kinds of knee related issues. Before having a course of physiotherapy it is worth reading about the basic anatomy of the knee and the leg. If you know some of the names of the bones, muscles, and how the knee joint works you’ll be better placed to understand what you physiotherapist tells you.

My treatment has consisted of four main part.

1. Stretching the outer muscles of my leg

In my case the outer muscles and connective tissues of my right leg are tight. This has the effect of pulling my knee cap away from the centre of the groove. By stretching these muscles the pull on the knee cap should slowly reduce.

2. Strengthening the inner muscles of my leg

I was given exercises to strengthen the inner quad muscles of the leg. By strengthening these muscles the knee cap should be pulled towards its correct position.

A painful type of massage was carried out on my outer thigh to try to stretch out the muscles and other connective tissues. This helps to reduce the pulling forces on the knee cap.

4. Taping of the knee cap

The stretching and strengthening exercises slowly help to reposition the knee cap but a more direct re-positioning effect can be achieved by taping the knee. After assessing the position of my knee cap the physiotherapist showed me how to attach surgical tape over the knee to pull it into the correct position. For me the taping had an almost immediate effect on my knee pain.

My knee pain went up and down over the years and I started new physio courses when my pain got worse. During my last course of physio my knee pain actually got worse which is when my physiotherapist recommended that I see an orthopaedic consultant.

Upon visiting the consultant he asked me a few questing and quickly looked at my knee. He said that my knee cap did look like it was further off centre than it should be. He gave two recommendations.

He could either have a look at what was going on inside my knee and possibly treat any problem by doing an arthroscopy. An arthroscopy is a keyhole surgery operation where a camera and light source is inserted into the knee through a very small incision. A liquid is pumped into the joint which helps to expand the joint so it easier to see and navigate around. Surgical tools can then be inserted through a second or third hole to probe or treat any problems.

The second option was to send me to have an MRI scan done of my knee after which I might need an arthroscopy to treat any problems found.

I picked the MRI scan as there wasn’t any disadvantage to having it done. It never hurts to have as much information as possible before considering surgery.

I was told to remove anything metallic from my person and put it in a locker outside the MRI room. I was then taken in and made to lie down on the machine’s bed. I have one metal crown in my mouth but this was not a problem.

The technician secured my leg into place and gave me some headphone to wear. She asked what kind of music I wanted to listed to. She suggested pop, and I was fine with that. I was given a button which I could press if I needed to contact her.

She then left the room and a few minutes later I heard her voice through the headphones. She said that they were going to start the machine. They started the music as well. It sounded like an old compilation of really bad pop songs.

The machine started up and rumbled into life. It was surprisingly noisy and seemed to vibrate intensely like a piece of industrial machinery. Even with the headphones on your can’t ignore the fact that this large machine is roaring around you!

The machines roared for about a minute and then stopped. After about 30 seconds it started roaring again. After a few minutes of this the technician’s voice came back on the headphones. She told me that I wasn’t keeping my knee completely still. This was annoying as I was keeping it as still as I could. It is hard to remain completely still for so long. If I’d known how long it would take I would have asked for my leg to be more securely fastened in place.

Previously I’d only had X-Rays taken of my body and anyone who has them taken knows that they are very fast – like taking a photo. An MRI scan is more like a very slow exposure. This is because many images are being taken at slices across whatever it is they are scanning. 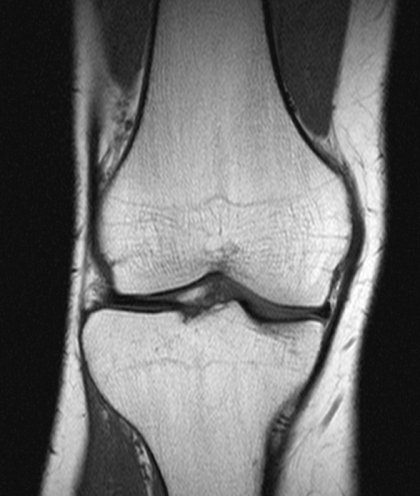 The machine could take 20 images slices through my leg. It can take the images in any direction as well. They took images from top to bottom, left to right, and along my leg. Each time the machine would rumble for about one minute and then stop for about 30 seconds before starting again. 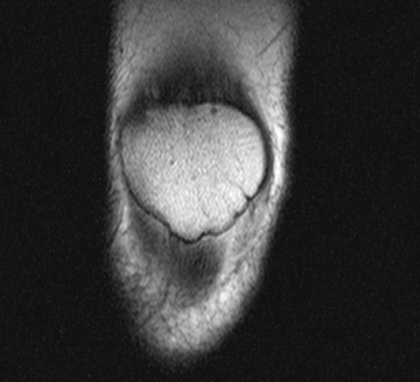 The whole process took about 20 minutes during which I had to endure music such as Cyndi Lauper’s Girls Just Wanna Have Fun. I was glad when it was all over!

Afterwards they told me to wait outside whilst they put my images on a CD. The CD ended up having around 100 images on it from various angles. Some scans had been done several times – probably because I hadn’t managed to keep as still as they wanted me to. After I’d been given the CD I was free to go. I’d see the consultant again in a week for him to discuss the MRI images and recommendations. 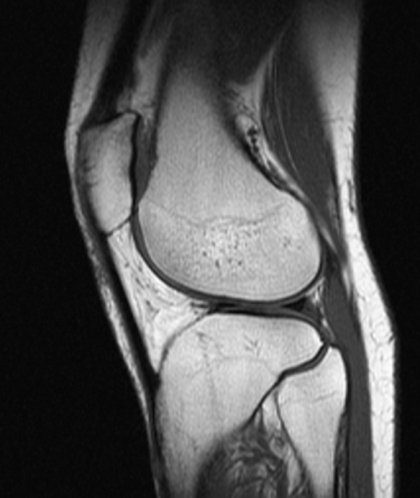 A week later I went back to see the consultant. He told me that internally the knee looked healthy. The bones and ligaments seemed in good condition. 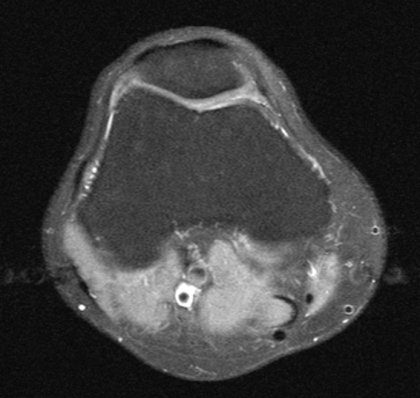 He gave two options. Either I could try some further physio – now with the extra knowledge of how my knee cap was positioned – or he could perform lateral release surgery on my knee.

The consultant told me that a lateral release of the patella was a very safe procedure. It would take 30-45 minutes, be done under general anaesthetic, and I’d be able to walk out of the hospital and go home a few hours later. I should be able to do exercise such as running after a month, I’d be able to do high impact exercise such as karate two months after the operation. He said that main risk was deep vein thrombosis but even that was extremely rare. This appointment lasted less than 15 minutes and this included the time where he was explaining the MRI scans.

I told the consultant that I’d prefer the surgical option as I’d been having physio for so long.

My own research into lateral release surgery

When I got home and thought about it more I felt that I didn’t really understand what it was the consultant wanted to do to me knee. This is probably not surprising given that I spent less than 15 minutes with him. I wanted to be able to do my own research to better understand the surgery.

I did some research on Google into arthroscopy surgery and lateral release surgery. I phoned up the consultant to confirm the name of the procedure, and that it was the lateral retinaculum which was going to be cut. This at least allowed me to find specific information on the surgery.

Lateral release surgery is an operation which is supposed to allow the knee to rest in the correct position by cutting through the tight lateral retinaculum. This lateral retinaculum is a type of tissue which hold the kneecap on the outer side of the leg. The procedure uses arthroscopy techniques rather than open knee surgery. There is a quick description of the surgery on about.com and there was a really excellent article on arthroscopy surgery on KNEEguru. You’ll still find lots of individual accounts of the surgery on KNEEguru and on Google by using the search boxes.

Obviously the internet does not provide a balanced view of the success of surgery. People with bad experiences are much more likely to share than people who have had no problems. Still I was very alarmed by the large number of accounts of people who have said that lateral release surgery has made their knees worse. In some cases people have been saying that this surgery has left them with permanently reduced mobility or in agony. Some people say it has ruined their life. Strong words indeed. Other people talk about the long recovery times to get mobility back up to normal. There are of course people who say it has greatly benefited them and who had no complications.

I decided to cancel the surgery. Even if the risks are small I didn’t consider it worth risking my mobility for the sake of pain – which although can be quite painful – is something that I can live with. Especially now that I know the internals of my knee (bones, ligaments) are healthy I didn’t want to risk the health of my knee by having surgery. I was also put off by my previous experience of surgery where a simple lipoma/cyst removal surgery turned into 6 weeks of pain and inconvenience.

Even if the surgery made my right knee better I’d still have some pain in my left knee.