I’m going to talk about how to fit an NTE5 compatible ADSL filtered faceplate to your BT master socket. This will allow you to plug your broadband modem router directly into the BT master line box, rather than having to use an ADSL micro filter. 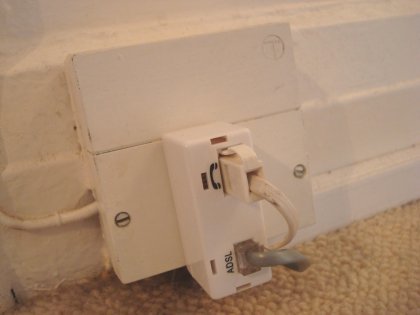 I’ve previously written about some of my broadband problem in my post about understanding signal to noise ratios, and my post about finding the best WiFi channel with Vistumbler.

These didn’t solve my problems so I decided to buy an ADSL faceplate which fits directly onto the BT master socket. By removing the need for a separate ADSL micro filter the theory is that the broadband signal quality will be improved.

I ordered the ADSL faceplate from this link on Amazon, and a few days later it arrived. This is what is in the package: 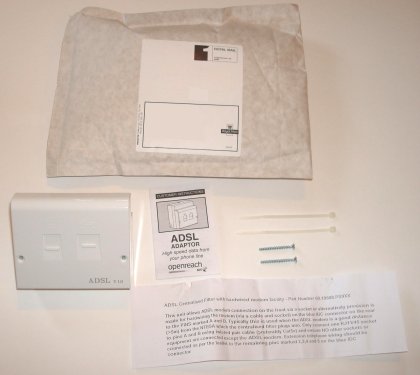 Here is a close up of the rear of the ADSL faceplate. You can see the plug that will go into the BT test socket on the left, and the connector for any extension cabling is the blue section in the middle. 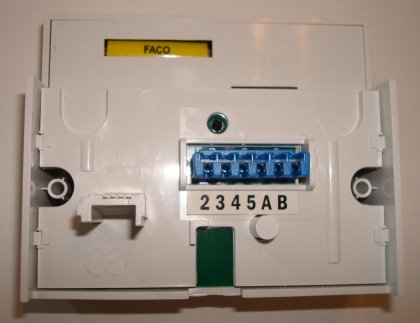 The first thing I had to do was to get the bottom plate off the BT line box. As a previous resident had painted the line box I had to use a Stanley knife to cut the paint. I then used a small screw driver to remove the two screws.

This photo shows the bottom plate partially removed from the line box. I don’t have any extension telephone wiring, but if you do it will be attached to this bottom plate, so you’ll have to take care when pulling the bottom plate out. 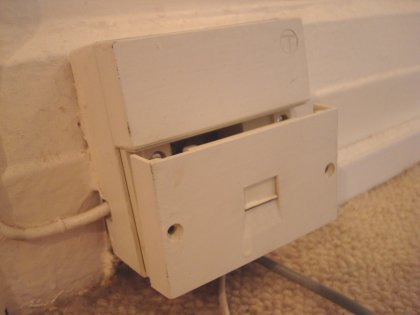 Plugging in the NTE5 ADSL faceplate filter is very simple. You can see how the plug on the new faceplate lines up with the test socket in the BT line box. 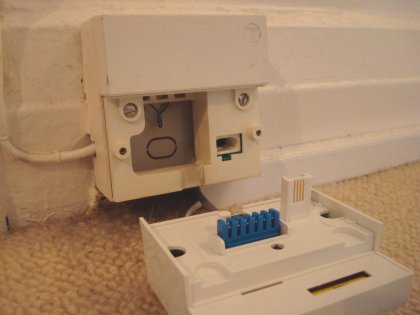 After it is plugged in, your master socket will look like this with a connection for your phone, and a separate connection for the ADSL cable. This ADSL faceplate is designed to be the correct size so it blends in with the BT line box. 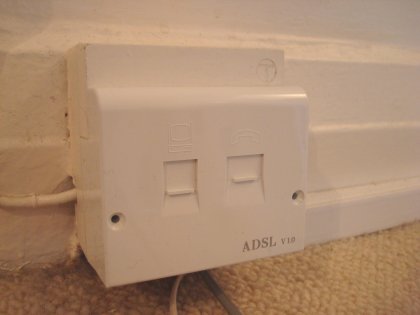 I’ve been using this ADSL faceplate filter for over a week now. I was impressed with the speed of delivery after ordering from Amazon. It was very easy to install, but I think they should supply screws that match the thread size from the original BT line box.

However I do believe that it has reduced the frequency of dropped internet connections. I can’t give any definite measurements to support this, but I do feel like I’m resetting my modem router less often now.

In terms of appearance it does look better with the new ADSL faceplate as opposed to having my original BT faceplate with the ADSL microfilter sticking out of it. 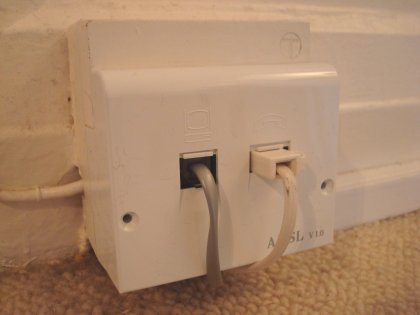 Do I recommend it? Yes – but it isn’t essential. I don’t think it will perform miracles, but it may improve the quality of your connection, and it will make your BT line box look more modern, tidy, and up to date.

You can buy this ADSL faceplate direct from Amazon.