Junk mail is always annoying, there are many different types, and different steps are required to stop each type. Stopping junk mail is something I’ve previously written about, but if you want to stop political junk mail, or canvassing phone calls my previous advice won’t help you. 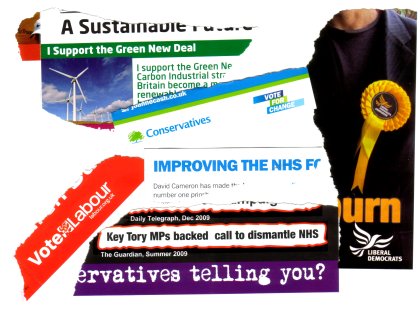 If you are on the unedited electoral roll then the political parties are entitled to contact you for electoral purposes. You can ask to be removed from the unedited register and this might reduce the political post you get. It might not though – and it could take some time to get removed.

Facing an avalanche of political junk mail in the run up to the general election, I decided to contact the three parties directly to ask them to remove my address and phone number from their lists of people to contact.

I decided to send each of the main parties the same polite message via the main contact form which is on their websites.

I sent the messages on Friday 16th April at about 7:30pm. Below are the three screens confirming that my message had been sent.

Who will win the political junk mail removal contest?

Almost immediately I got an automated email from Labour saying that they had received my message and it had been forwarded to the appropriate team.

The next day – Saturday 16th April – I got my first real email reply. It was from the Conservative party chairman’s office. The lady explained very politely that it is perfectly legal for them to contact me as I am on the unedited register, but that she would ask my local Conservative office to remove my details from their list so that I don’t get contacted again.

One day later – Sunday 17th April – I got an email message from my local Conservative office confirming that they had removed my details. The man who contacted me did say that I might still get mailing which were already in the system – which is fair enough. As a bonus he told me how I could get unaddressed mailings from other organisations stopped as well.

So just two days after sending my message we have a clear winner – The Conservative party. Not only did I get two prompt replies from two different people, but they also replied at the weekend which I found quite impressive.

Which party will get second place?

The week went by with no reply from either Labour or the Liberal Democrats. I was thinking that neither of them would send me a reply.

But then on the 26th April I got a reply from the Liberal Democrats. The lady who replied told me that my request to be removed from the mailing lists has been passed to my local Liberal Democrat office.

Maybe I’m not 100% there with the Liberals yet – but I think I can safely declare them to be the runners up.

And Labour who have sent me no human response are the losers. If I do get a response from them I will of course update this post.

Here’s a quick summary of what was sent and received.

Here are the rankings:

Does any of this have any bearing on the upcoming general election? Maybe not, but it is interesting to see how much importance the major political parties attach to a simple request submitted though their official websites.

Update May 2010 – The results perfectly match the order of influence in parliament after the election. I bet Labour are wishing they’d replied to my message now!