Here are some photos of the three hotels we recently stayed at when we visited Naha and Ishigaki (both part of Okinawa).

First up the Hyper Hotel Ishigakijima which is near the sea and the main city of Ishigaki. It is about 15-20 minutes from the airport by bus. No English was spoken on check in and the man insisted on seeing both of our alien registration cards (normally Japanese hotels only want the ID of the person whose name is on the booking). 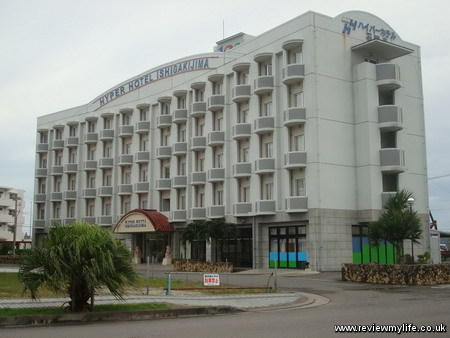 The rooms were clean and functional in a business hotel style with most of the usual hotel items. No fridge though.

The bathroom was very generic with a usual Japanese electronic toilet, shower and bath. 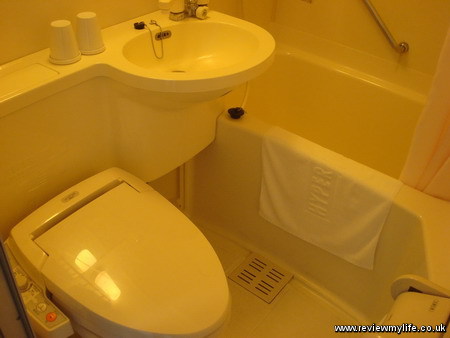 Free internet is available if you bring your own computer and LAN cable.

We got a room that faced the sea, but due to building works taking place across the road the view was less than sensational. 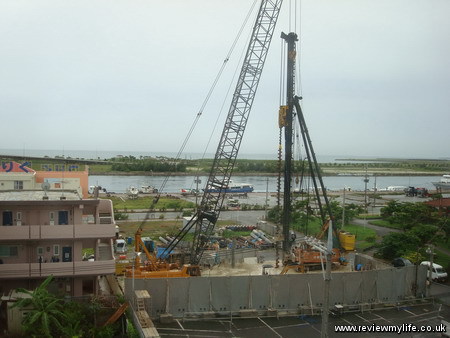 A basic breakfast of bread, and rice balls was included in the dining area on the ground floor of the hotel. The hotel also has a coin laundry, very useful if you are travelling light.

Search for hotels on Ishigaki… (on HotelsCombined.com)

Hostel Burney’s Breakfast was an interesting place. As it was a hostel the rooms were cheaper than staying in a hotel, but they were small. The room was almost exactly the same size as two mattresses.

On one end of the room an old mattress placed on the floor touched three sides of the room. On the other side of the room was some modern looking lights and a computer. The place also has free WiFi if you bring your own computer.

The guy who was running the place was friendly, and spoke much better English than at most of the hotels we’d stayed at on this holiday. The check-in was very quick, and he didn’t seem bothered about seeing our IDs. 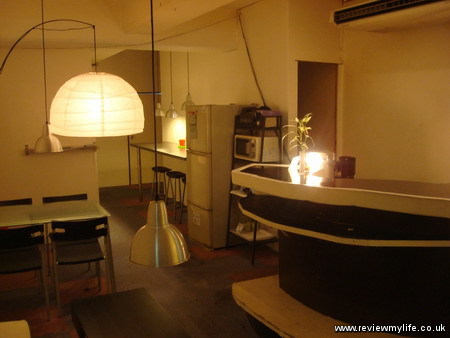 Instead of being numbered the rooms had letters. Some of the electrical, plumbing and building work in this hostel looked very DIY! See the electrical connection on the ceiling in the photo on the left. 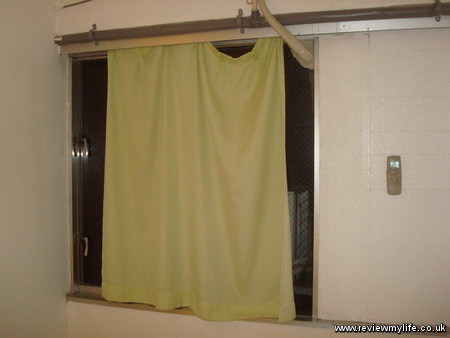 As well as private rooms they have a capsule sleeping area, presumably even cheaper. 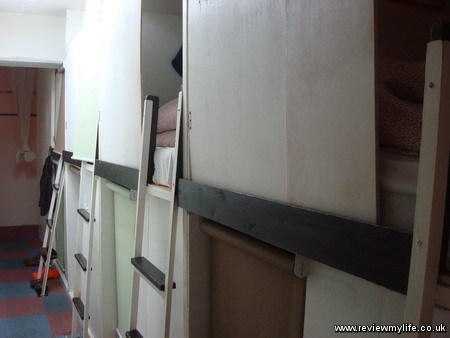 There was a shared toilet and shower area, and laundry facilities were available too. This place is fine if you want somewhere cheap and want to be able to meet other travellers, but if you want something more luxurious you’ll need to pay more.

Search for hotels in Naha… (on HotelsCombined.com)

The Hotel Rasso Naha Tomari is another generic business looking hotel. The staff spoke no English, but we managed to check in with a little Japanese.

The Hotel Rasso Naha Tomari is about 15 minutes walk from the Kokusai dori, and near to the port area for visiting Tokashiki Island. Be aware that there are quite a few Hotel Rassos in the area, so make sure you find the correct one. 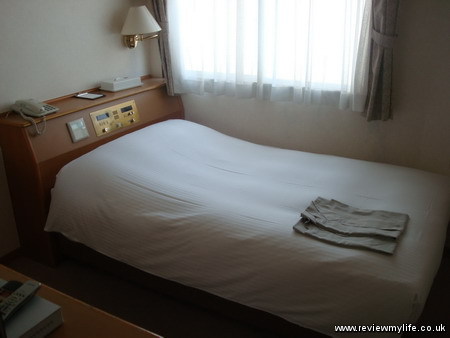 The rooms are smart and clean with free internet. There was no view, so the window served only to let in light. 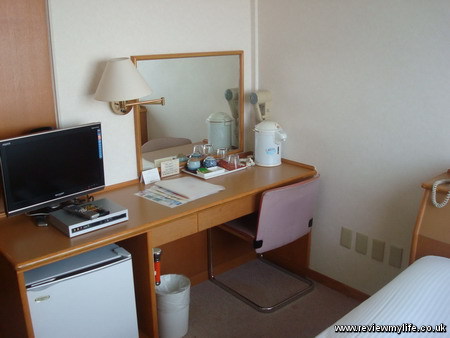 They had a breakfast in their dining room downstairs of rice balls and bread. But get there early, once the breakfast runs out they won’t bring more!

Search for hotels in Naha… (on HotelsCombined.com)