Huis Ten Bosch in Nagasaki prefecture is a place that has to be seen to be believed. It is a theme park whose theme is Holland. Here the Japanese have created an idealised version of Holland complete with windmills, red brick buildings and canals. 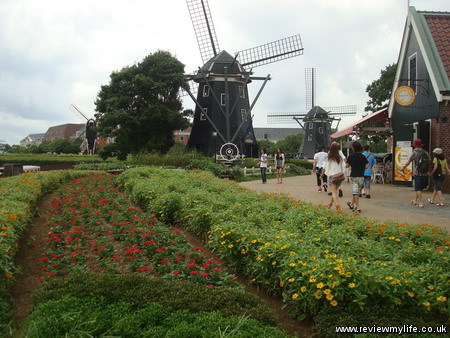 It is about one and a half hours from JR Nagasaki on the Sea Side Liner train. The return train tickets were ¥2500 each. 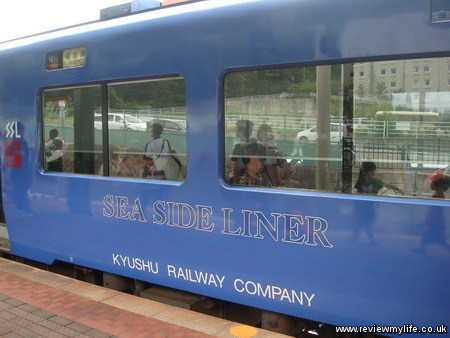 They have a slightly confusing ticketing system. You can pay just for entrance, or you can pay for a Toku-Toku ticket that gives you discounts to the various attractions that are in the park. The attractions (virtual reality rides, mazes, Thriller museum, children’s adventure areas) didn’t particularly interest us so we just got the entrance ticket. Was still ¥3000 each, so not cheap!

The entrance to the park is impressive, and so are the buildings inside. They have spent a huge amount of money on building a fantasy version of Holland. They spent so much that they had to file for bankruptcy in 2003. That is all in the past though, and today they are open for business.

To help the Japanese understand what a Dutch person is they have some helpful cardboard cut outs near the entrance showing some ‘typical’ Dutch citizens. The one on the left has a sign on him explaining how tall Dutch people can be! 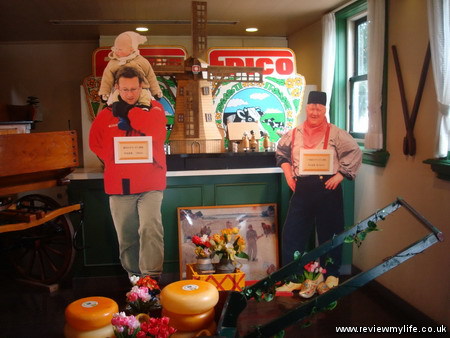 The architecture and scale of the building is amazing. Below is one of the huge hotels that are on the site. 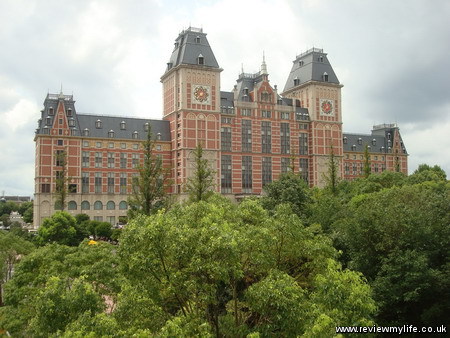 There are a number of ways to get around the park. You can walk, take a boat, or hire a bike. Taking a canal boat costs ¥600 to go between the two stops (one near the entrance and one in the centre of the park). 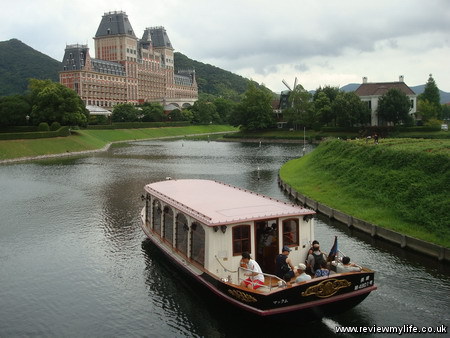 Hiring a bike, cart or tandem bike is a fun way to get around. To hire a two person cart for 3 hours cost ¥3000. If you want to hire a bike or cart you’ll have to get to the hire shop quick as they are very popular. The bike hire shop was the only place in the park where we saw a real Dutch person. There was a very tall Dutch man there looking after the bikes.

Huis Ten Bosch is named after one of the official residences of the Dutch Royal Family. The makers of this theme park got permission from them to build a replica here. 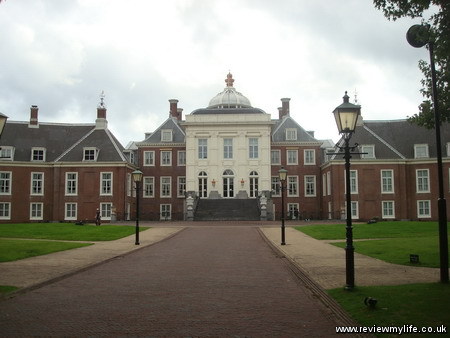 It’ll cost you another ¥500 to visit the palace replica if you have only bought the basic entrance ticket, but it is worth it.

Inside they have tried to create royal looking rooms. And there is an attractive garden behind the palace.

Here is the view of the palace from the rear. Very impressive! Remember this is a theme park, not a real palace. 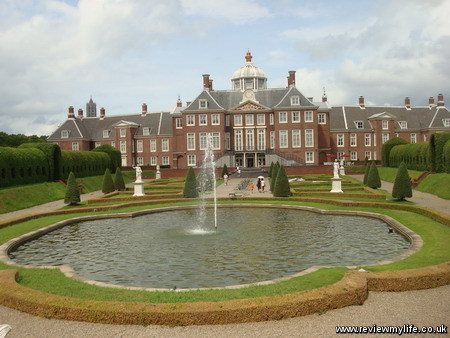 Even with just the basic entrance ticket you can spend hours walking or cycling around the Dutch themed streets.

There are shops and restaurants in the park, and other gardens, flowers, buildings and windmills to see. If it wasn’t for the thousands of Japanese people everywhere you could forget that you were in Japan. 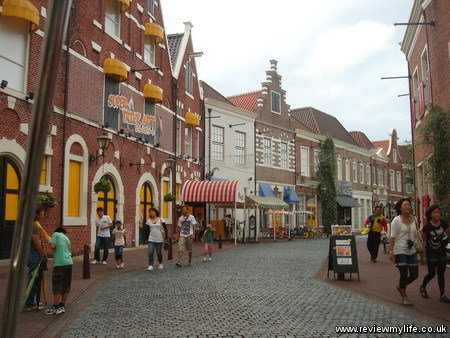 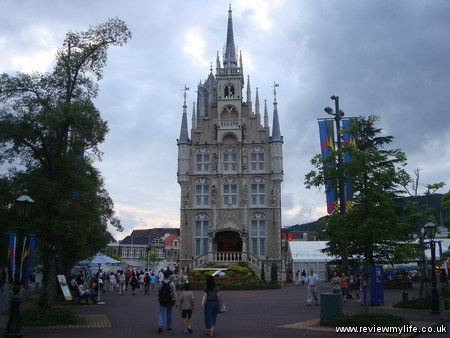 In the early evening there was a small parade of floats. Nothing like the scale of a Disney parade, but worth a quick look. 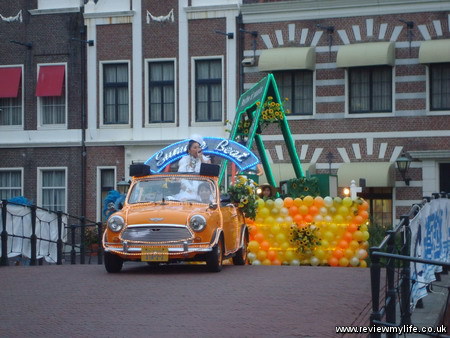 Also in the day we got a chance to let fish eat bits of our feet and in the evening was Japan’s entry into the Hanabi World Cup 2010.

A very cool place to go if you have seen the city of Nagasaki and want to see something different in the prefecture.