After many boat journeys across the Seto Inland sea of Japan I’ve finished the Setouchi International Art Festival circuit. The art festival was a great idea; put art into houses, and outside, on seven islands in the Seto Sea. 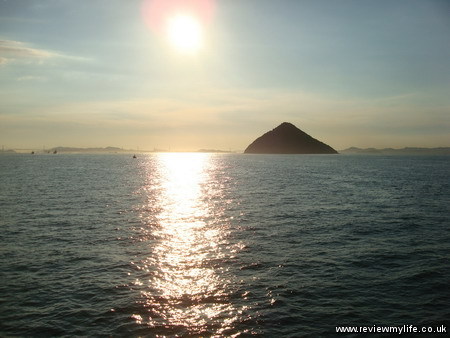 The purpose being to encourage people to visit these islands and bring a bit of life back into them (on many of the islands the average age is something like 80!). For 100 days in July, August, September and October special art exhibitions have been on these islands, and also in Takamatsu on Shikoku.

The best way to visit was to buy an ‘Art Passport’ which allowed you to see all the artworks once – they stamped the correct bit of the passport as you visited each artwork.

I’ve many hundreds of photos, too many to put on here, so here is just a small selection of them. I might do additional posts later about some of the individual islands.

I started off with Ogijima, reachable in 40 minutes by ferry from Takamatsu. The boat first stops at Megijima and then carries onto Ogijima. 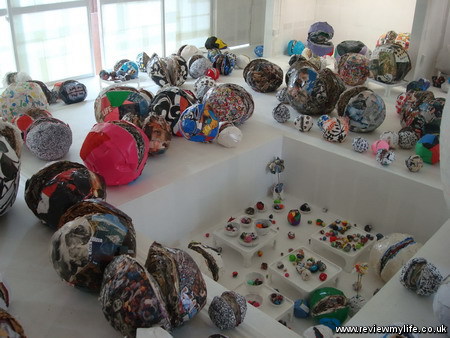 The art was easy to walk around as it was mostly in one area. Lovely island with a nice atmosphere. 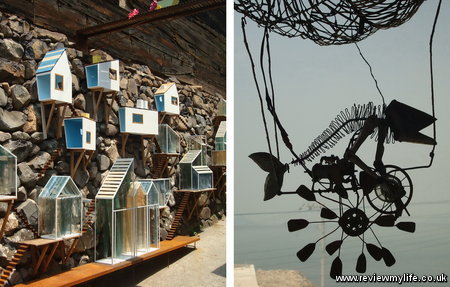 On the same day I did Megijima (makes sense as it is reachable using the same boat). Megijima is perhaps most famous for its monster caves, but today I was just there for the art. 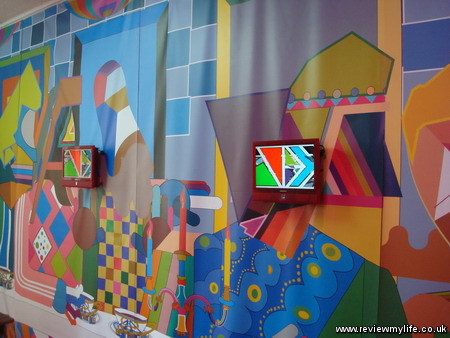 My favourite art piece on the island was this ship/piano hybrid. 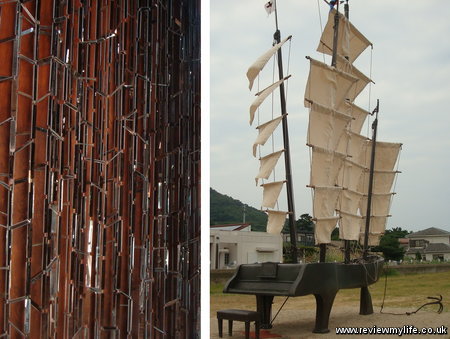 Naoshima is one of the most popular islands to visit in the Seto Sea, as it has a number of established art facilities, including the Art House Project, Benesse House, and the Chichu Art Museum. Below is inside Benesse House. The flags are made of coloured sand, and ants were allowed to dig through the inter-connected boxes which has produced tunnel patterns in the flags 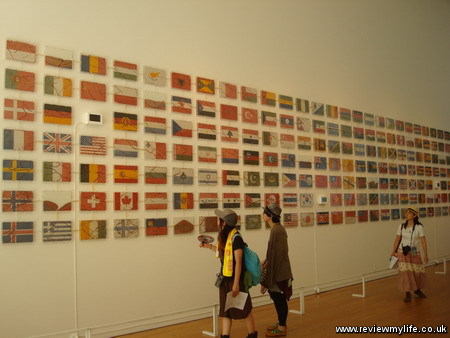 The Chichu Art Museum was very interesting, an underground art world, that made clever use of natural light. It had five Monet’s amongst its small selection of artworks. Photography wasn’t allowed in here though, so here are some photos of other artworks on the island. 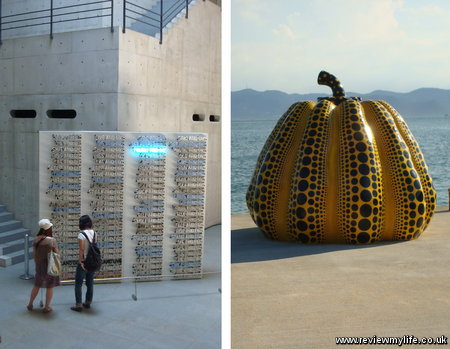 Oshima is a former leprosy prison island. Until 1996 (yes 1996) leprosy sufferers were sent off to islands like this one and were never allowed to leave. Their families often disowned them and never visited. The law that banished them to these islands has now been repealed but most of them are too old to leave – or have no accepting family to go to.

On arriving at the island we were met by an English speaking Japanese lady who offered to translate for us. This was very useful as unlike the other islands where you walked around yourself, most visitors to this island chose to go with a guide. The guide explained about the history of the island and about the patients who still live here. 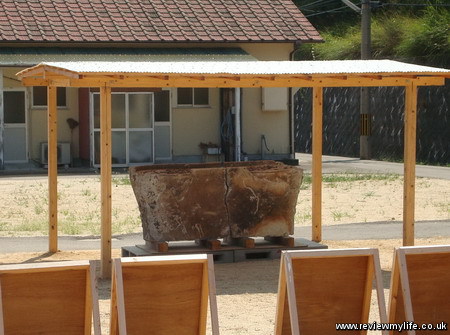 The artefact above is an autopsy table that was recently recovered from the sea. Staff on this island had been conducting illegal autopsies on deceased patients. Other patients had been made to assist in these autopsies.

There wasn’t much art on the island, it was more of a history place to learn about leprosy and the Japanese attitude to it. 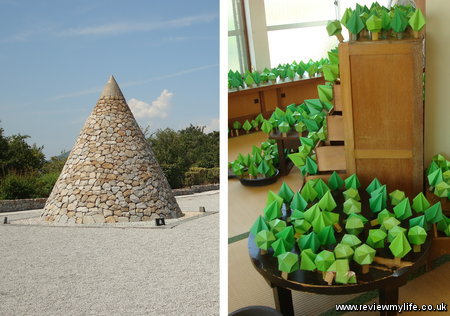 Visits to the first four islands had been relatively easy. There hadn’t been too many queues. But by the time it came to Shodoshima (in October, just three weeks from the end of the festival) things had gone crazy. People were arriving at the port before 7am to get a place on the ferries (a lot seemed to be queuing for Naoshima). I managed to get the ferry to Shodoshima, and got a bus to the main art site.

There were many outdoor pieces on Shodoshima, such as this one that you could walk inside of. 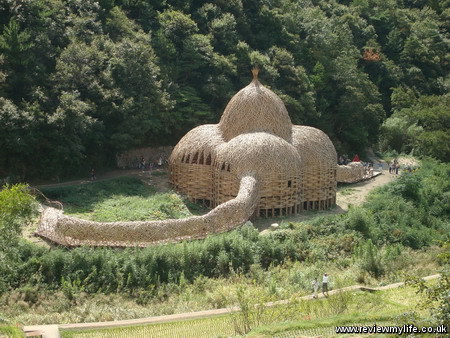 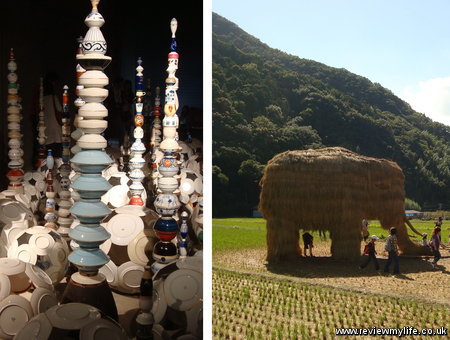 There was good artwork here but the buses weren’t frequent enough. Large queues built up for them as they only arrived every 40 to 50 minutes. They did sometimes send two instead of one, but they needed more. They should have scrapped the bus schedule and gone to a more 15/20 minute frequent service to cope with the peak rush.

Teshima was another island that involved some long queuing. I got to the island ok, but there were big queues for some of the indoor artworks. 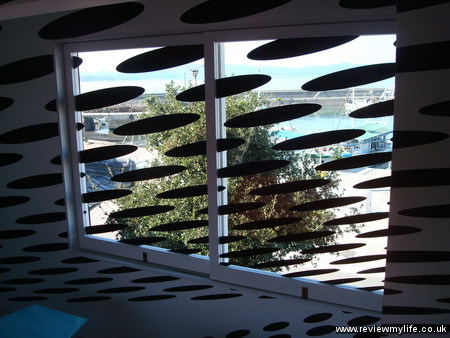 One of my favourites here was a room that played very loud recordings of human heart beats accompanied by a flashing light. 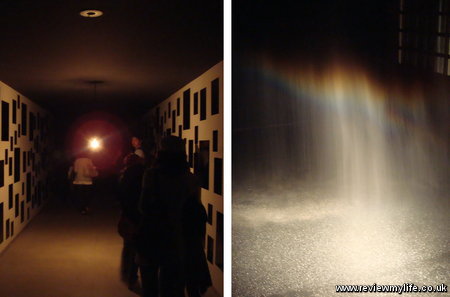 Below on the right is the queue to get a ticket for the boat back. People were queuing over an hour in advance! 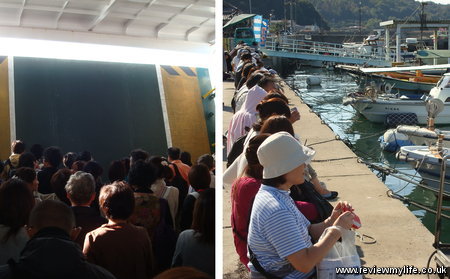 Inujima is much closer to the mainland than Kagawa so I decided to visit it via the mainland to avoid the crowds around Takamatsu port. I got a train to Okayama, a bus to Hoden, and then the 10 minute boat to Inujima. Inujima is a very small island, but the art was very nice. 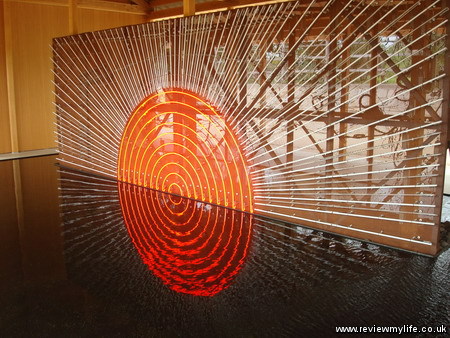 There were a number of art installations in easy walking distance of each other, and then there was an abandoned copper refinery that has now been turned into an art project. 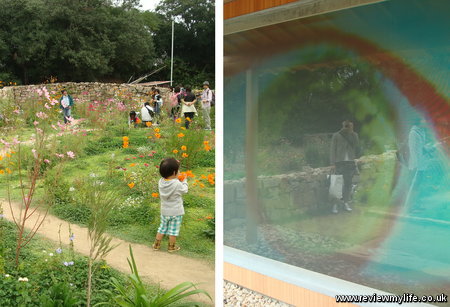 Overall the Setouchi International Art Festival has been a great success. They’ve had way more visitors than expected, and the artwork, and islands, have been very interesting. Putting art installations on the islands has made it worth visiting them (which was of course the idea of the festival). 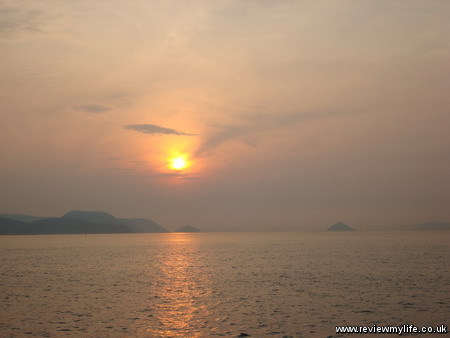 The only bad thing was the queuing and overcrowded buses and boats during October. The organisers seem to have been caught off guard by the huge success of the festival, and weren’t able to put on additional services fast enough. The festival is intended to take place every three years, so hopefully by 2013 they will be well prepared.

Despite the queues I’d still very much enjoyed visiting all the islands and seeing the art.