It is over seven months since I bought my 2010 version of the MacBook Pro 13 inch. Maybe it is time to put up the photos of what was in the box!

Unlike other computer manufacturers who throw everything into plain brown cardboard, Apple always have an elaborately designed box. Their idea of user experience extends to the packaging. The outside of the box is minimalist in the usual Apple way. You get a photo of the MacBook Pro viewed from the front with the lid closed. The text says “13 inch LED-backlit widescreen notebook”. None of Steve Jobs’ usual hyperbole here! 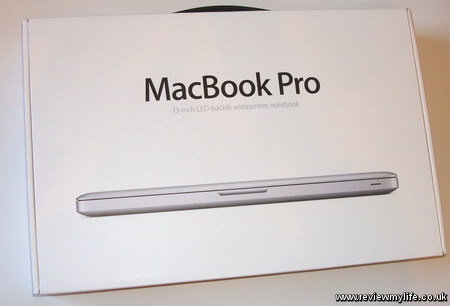 On the back of the box is the MacBook viewed from the same angle, but with the screen opened. 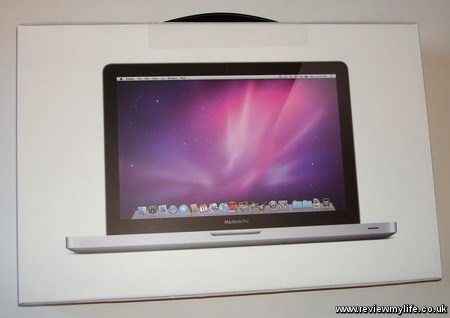 The box is reasonably thick, and when you open it the first thing you see is the MacBook. Apple prefers you to view the main product first, rather than having to fish through cables, manuals and CDs to get to it. The inside top of the box is padded to make sure your MacBook gets to you in one piece! 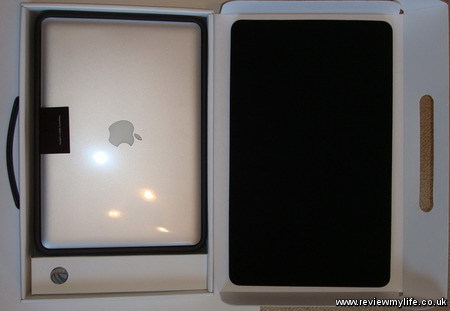 Here’s a closer shot of the laptop. On the black label it says “Designed by Apple in California”. You can see another box which holds the power cord to the right. 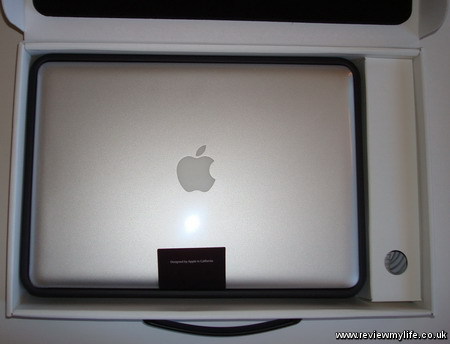 After removing the MacBook you see the power brick with the cabled tied neatly and a mysterious black package. 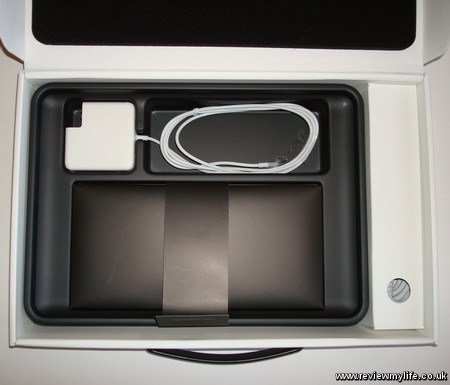 First here is what is in the white box to the right. It is the power cord. As I bought this in the UK it has the usual three pin UK plug socket. You can choose either to have a long cord, or to have the power brick directly connected to the plug. 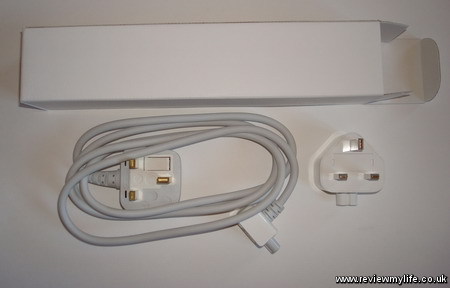 Here is a photo giving you a closer look at the power brick. It is very small and shiny compared to a usual laptop power brick. 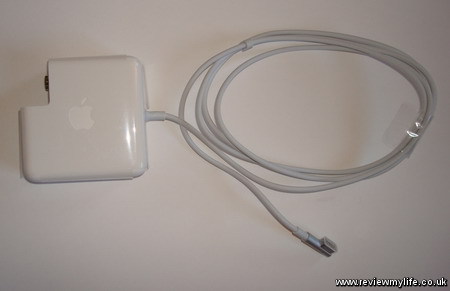 And here is the power cable connected to the power brick to make a perfect square. 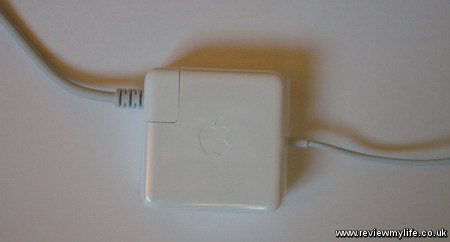 This photo gives you a closer look at the black package. Out of everything in the box, this part seems the least designed. 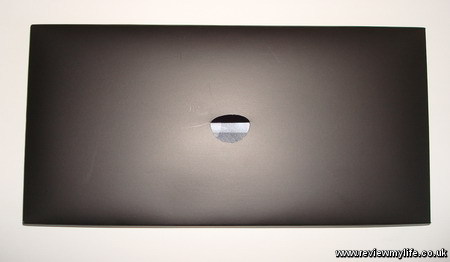 And this is what is inside. A manual and another CD sized folder. 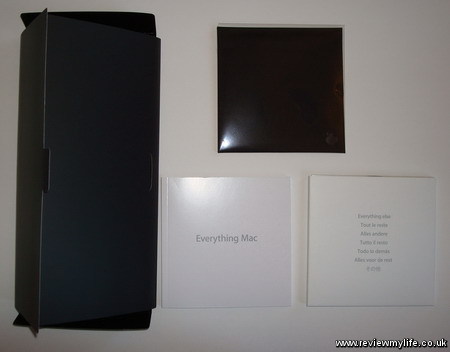 Inside the CD sized folder you’ll find the Mac OS X install disk, and the application install DVD, as well as the warranty information and some Apple stickers. 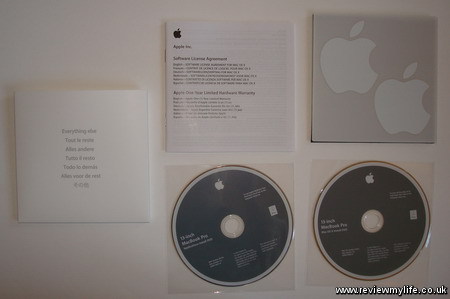 Here is the final MacBook opened up and switched on. 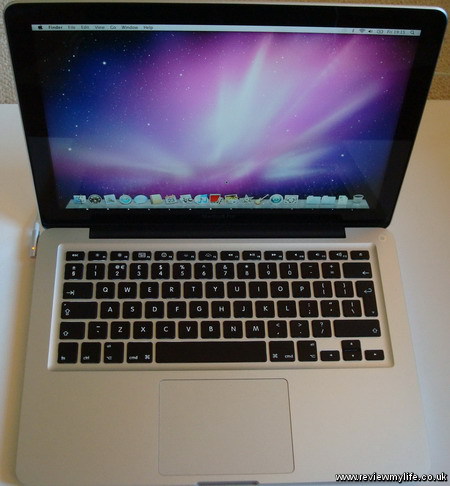 If that is not enough excitement for one day, you can read my review of running Windows 7 on a MacBook Pro, and about how I triple partitioned my MacBook. 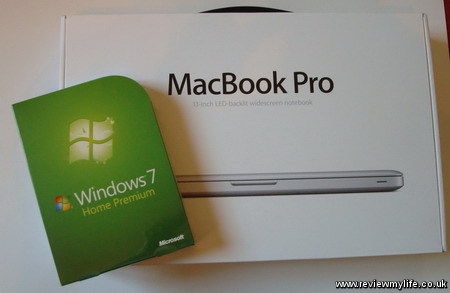